I am excited to announce that my new allegorical business novel, the Game Changer, is about to be released.

By early June, it should be available for pre-order on electronic channels and by the end of June the ebook should be ready for sale.  The book will make its debut in bookstores on January 25th, 2018.

Here is the backstory of how a strategist and podcaster turns author.  Watch this short video, then I'll tell you what I learned about crowdfunding.


Getting a publisher to bring your dream to life, while a truly wonderful thing, is only a small piece in the author puzzle.

You may not know that it is totally up to the author to promote the book.  And that takes not only a great network and amazing connections, it takes money.

In March, I tried my hand at Kickstarter™ and I was excited.  I was drawn into their special offer of a one week campaign, which they promised to heavily promote (...NOT).  That sounded great to me, as then I would not have to obsess for a month as to whether my business colleagues were supporting me.  That was the smartest part of the Kickstarter decision.

Lessons learned included:
After getting halfway to my goal in the first day, I was encouraged.  Then the onslaught of marketing firms began.  Don't fall for it, no matter how good it sounds, as they prey on those that are fearful that they won't raise the money, catching you on day 2, when support generally drops from the day 1 excitement.

At the end of the week, I had not gotten much more traction and the marketing firms disappeared.  Then I realized that 99.9% of those that promised support were my friends. So, I admitted defeat on Kickstarter, but those that know me know that I NEVER give up.

Here is what I did:
So here it comes, the ASK.

Please check out our pre-order offers HERE.  We have put together some unique packages for you and your team.  Whether you can only afford $15 or you want to take advantage of getting a 50% discount on my advisory services for our Game Changer discovery session, we have something for you. 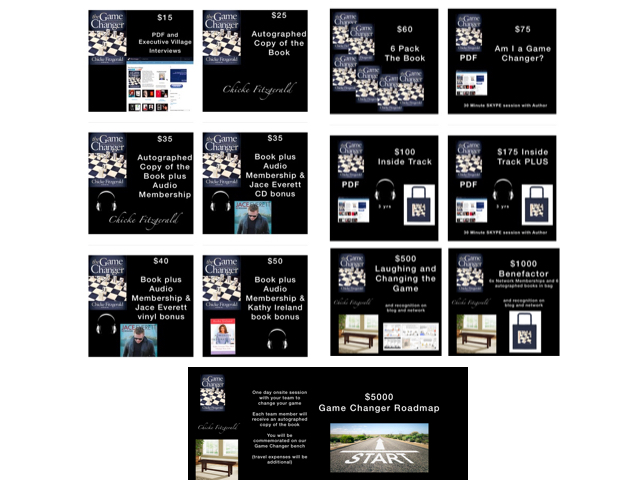 Thank you in advance for your support.  There IS life after crowdfunding.


Posted by chickefitz at 8:49 PM No comments: