We have all shopped at the grocery store and seen competitive brand such as Tide and Gain sitting next to one another on the detergent shelf, with one as a premium brand and one as a budget brand.   The same with Pampers and Luvs.   Makes sense.  Get the high end and the low end.  Either way you win.

P&G's 23 brands span beauty, baby, family, home care, health and grooming.  With those brands, the company has revenues of $82b and a market cap of $242b.   Their brands are each worth roughly $10b.

Expedia is one of the top online travel agencies (OTA) in the country.  It is traded on the NYSE: EXPE and has a market cap of $11b just for its own brands, which include Expedia.com, Egencia (corporate travel), Hotwire.com, Hotels.com, Trivago, Venere.com, CarRentals.com, ClassicVacations.com.  Expedia also owns more than 56% of Chinese site eLong.  .

The company has recently gone on a brand spending spree to bolster traffic, revenues and of course profitability.  It now boasts nearly as many brands as P&G, but all selling the same basic products, with hotel rooms and airline tickets at the top of the product list.

In late 2012, Expedia bought a majority stake in relative newcomer, Trivago for $632m.  Recently Expedia purchased Travelocity from Sabre for $280m and just today announced they were buying rival Orbitz for $1.34b.

Bravo Barney Harford and company for getting 25% over your market cap for the company.  And for Barney, who used to be an executive with Expedia, it is a bit like coming home, but the home is getting a little crowded.

By the time Expedia had acquired Travelocity, they had shed their Travelocity for Business corporate travel counterpart and LastMinute.com.  They had also sold Travelocity's Partner Network to none other than Orbitz.  So the partner network, which Expedia didn't want, is now theirs by default.

The interesting thing is that when you look at their traffic, you wouldn't think that there should be such disparity in valuation of Travelocity and Orbitz, but the fact of the matter is that Expedia had already taken over the operations of Travelocity more than 18 months ago and all that was really left was the brand itself and a very small team focused on branding and marketing.

So now we have just two major players in the US in the OTA space.   Priceline, whose primary brand has approximately 23 million unique visitors a month and Expedia.  Combined, just the two new sister brands give Expedia nearly 22m additional unique visitors per month, not counting all the "children" of Orbitz.  Those include Cheaptickets, EBookers, Orbitz for Business (who competes head to head with Egencia), HotelClub, RatestoGo, Away.com, Gorp.com, Adventure Finder and Trip.com.

Had Expedia hung on to TripAdvisor, rather than spinning it off in 2011, it would now be head and shoulders ahead of Priceline, with TripAdvisor's 80.6m unique visitors per month.  Spin off remorse???

Even funnier, if Travelocity had not shut down iGoUGo last year, Expedia could now compete with TripAdvisor head on.

All I can say is I hope that they have a lot of brand managers and a big pot of money to drive traffic to their now more than 20 brands that all sell hotel rooms, air tickets and car rental as their primary product lines. 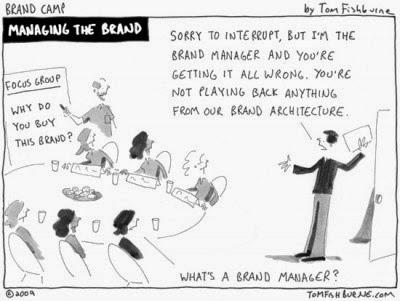 But my concern goes beyond the brand spending that will be necessary to compete with the Priceline/Booking.com/Kayak machine.  How long before the consumers catch on that these sites are all owned by the same company and provide precious little differentation.  Oh and did I mention that all of their brands focus on the air traveler and only 11% of all overnight travel in the US is by car?

Brand mischief at its finest.