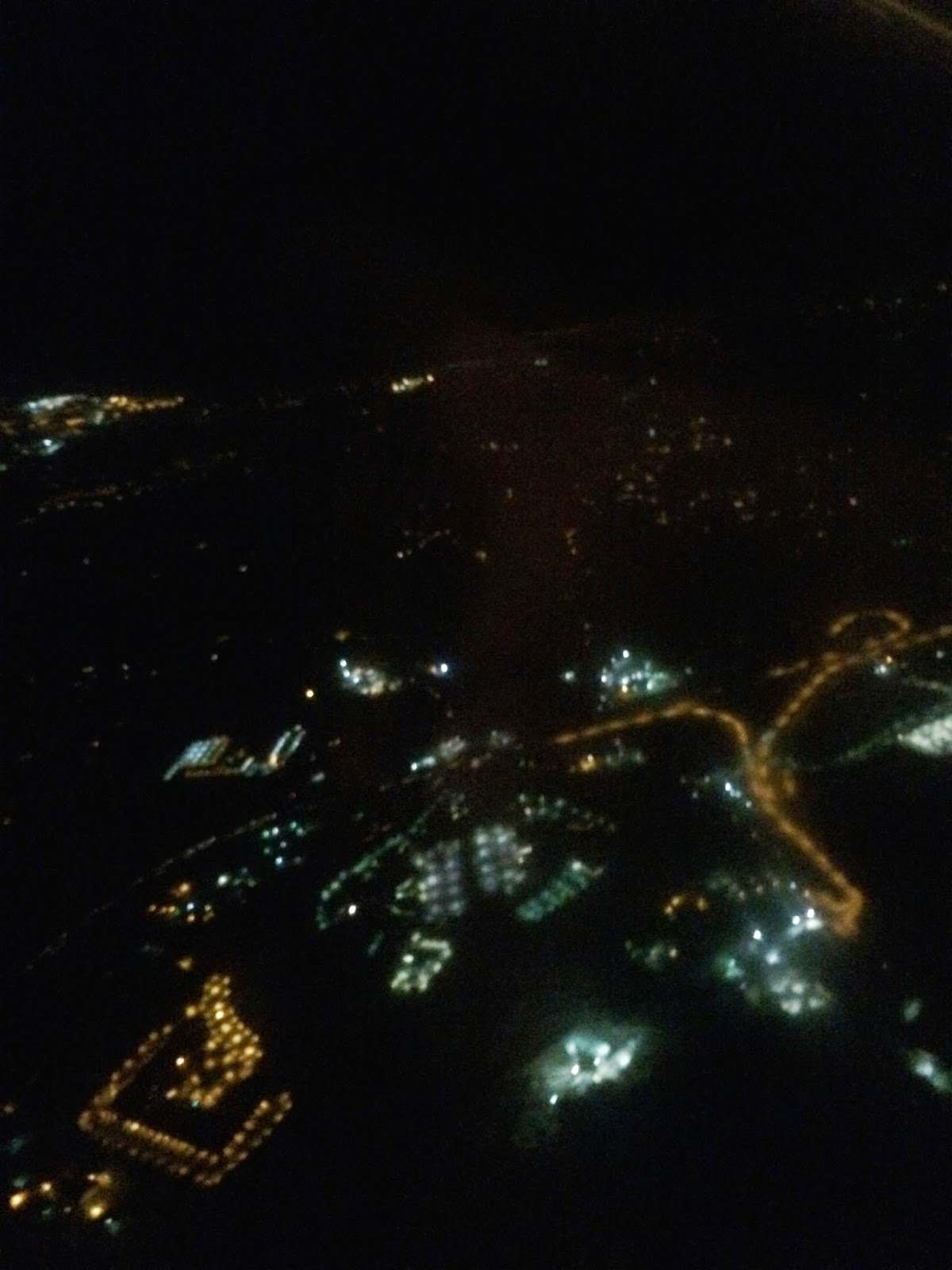 Don't even attempt to see the detail in this picture.  It just isn't possible.

On Friday night, I was flying home from a client engagement in Bethlehem, Pennsylvania and it was as clear as a bell.  When I got to the airport, my flight to Charlotte was delayed, so I had to be rerouted through Philadelphia.

Since the Allentown to PHL flight is less than 30 minutes, we never got above 10k feet.  In fact, I had forgotten to turn off my Wi-FI (I'm sure that never happens to you) and I had continued to get texts and notifications and emails the whole way.

About halfway through the flight, even though the view at the detail level was not clear, something profound occurred to me.  Even though the plane has sophisticated instrumentation, this night, the pilot could have just used familiar landmarks to guide him to his destination.  When he took off from ABE airport, he could already see the lights of PHL in the distance.  Imagine that, seeing the beginning, the middle and the end of your trip.

Then it occurred to me that this is how God sees our lives and even our businesses (or should I say especially our businesses).  He isn't stuck down at our level, on the ground, trying to put one foot in front of the other.  He gives us not only the gift to see as he does, but He invites us to do so.

A dear friend of mine had just shared with me that day a reminder of the level of detail that God gave those building the Temple in Jerusalem, and also the Ark of the Covenant and I thought also of the precision of the instructions God gave Noah in Genesis for building the Ark.  They were so detailed that I have seen a scale model built directly from those very instructions.

I've been a strategic consultant/board advisor for 19 years and a strategist much longer than that.  I was born with the gift of seeing things at 10,000 ft and over time have learned how to use familiar "landmarks" from one client to guide me through the next.  I've even learned how to do it in a storm and as high as 40,000 ft (e.g. long term planning), using past history and projections as my guide.  And amazingly, I've been able over the course of nearly 2 decades of consulting to even transition from one industry to another.   Having a little "God-perspective" on things helps, even in business!

And as I'm sure that you have figured out by now, this is GOOD visioning mischief.

You don't have to know every detail on the ground level to produce a solid strategy.  In fact, the more you know at that level, the less effective the plan will be, as it will focus in too narrowly on what is in your current field of vision.  It is a little harder to use your imagination there.

So when we don't know what to do next in business, why stay mired in the detail at ground level.  Take a little ride to 10k feet where you can see the future a little more clearly than today.  Change the game.

I will leave you with this visual from Gaping Void, one of my favorite business cartoonists - Plan, Think, Work and Live. 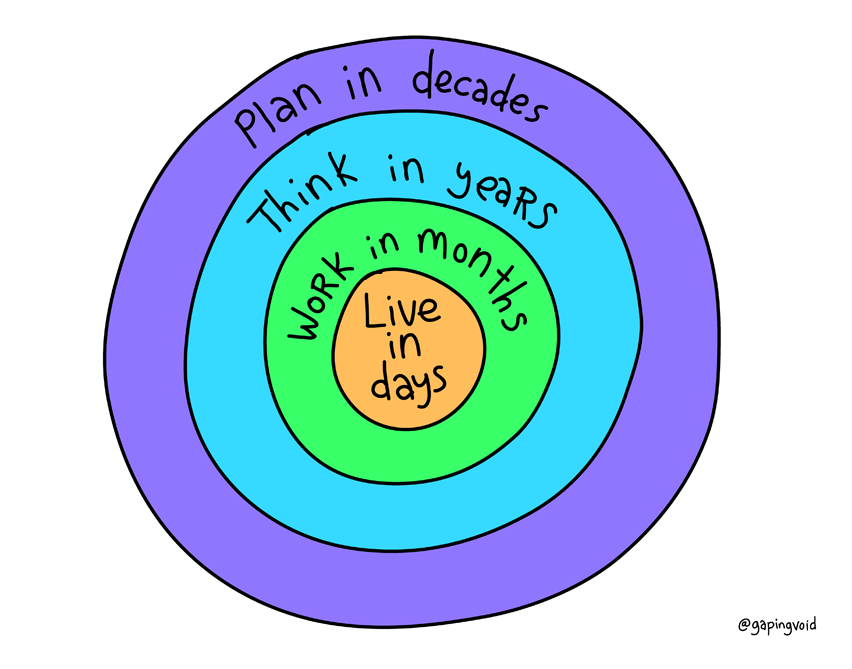 Stay tuned.  Tomorrow we talk about the perils of planning at ground level.  This is Visioning Mischief at its worst.

Posted by chickefitz at 8:59 AM