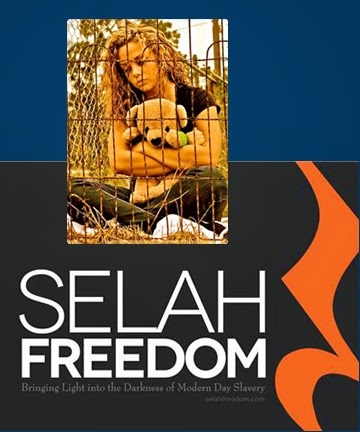 The Rock the World Network is a community of uncommon givers. The Uncommon Giving show features the leaders of charities, foundations and corporations rocking our world. Chicke Fitzgerald interviews Elizabeth Melendez Fisher. The original live interview was on 12/7/2012.

This episode is #62 of all time in the top 100 shows on Solutionz Live!

Elizabeth Melendez Fisher is the founding President/CEO of Selah Freedom, a nonprofit organization based in Sarasota focusing on ending human trafficking and sexual exploitation on Florida’s Gulf Coast.

Join us for this provocative discussion about a problem that many don't like to discuss - human trafficking.

Elizabeth Fisher will share Selah Freedom's story and tell us how they are tackling not only the issue of freeing modern slaves, but how to reintegrate them back into society so that they can live productive, healthy lives.

To listen to the show click HERE
Selah Freedom's website is  http://selahfreedom.com/
Posted by chickefitz at 6:00 AM