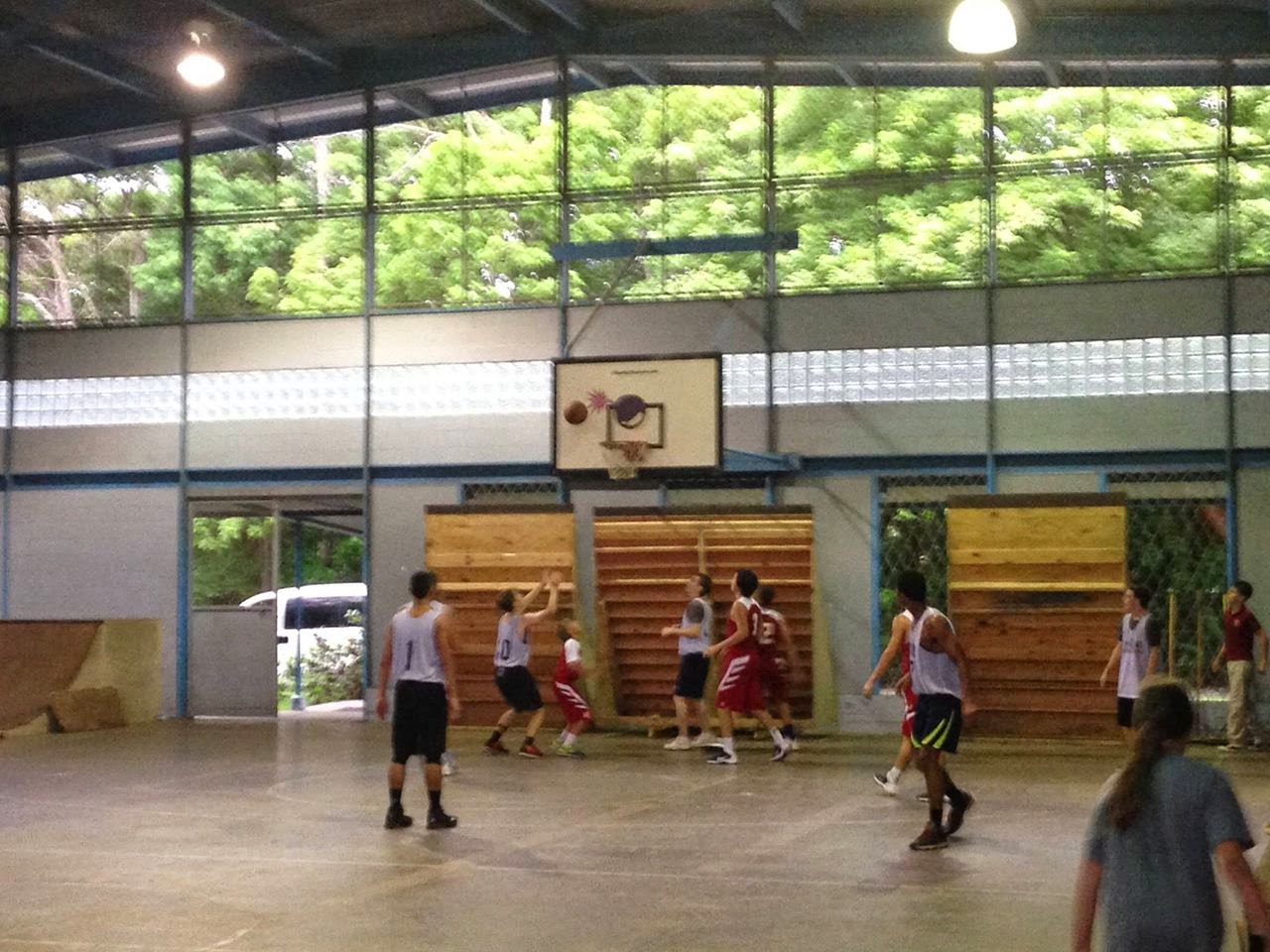 One of Einsteins life rules (aka life hacks) was:

“You have to learn the rules of the game. And then you have to play better than anyone else.”

My son Sergey left yesterday for Panama on a sports mission trip for his school, Cambridge Christian in Tampa.

While he isn't on the school's basketball team, that is the sport that they are focusing on this week.

I guarantee that he knows the rules of the game.  He used to play on a YMCA league.

If you look closely in this photo, he is the little one right under the basket in red, with the yellow shoes on.

What Sergey knows is that you don't have to be tall to play basketball.  Oh, no doubt about it, it gives you an obvious advantage.

But he has learned is that it is really important to be fast, stealing the ball before anyone realizes that you have it and sprinting down and hitting the three point shot.  In Sergey's case, that is the move that he has mastered and he does it better than anyone else.

What game are you playing?  What is it that you do better than anyone else?