Feeding America: Hunger in the Land of Plenty- an interview with Ross Fraser on Uncommon Giving 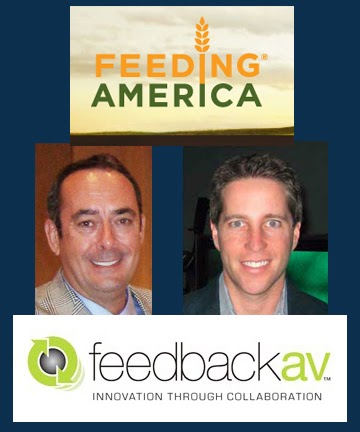 The Rock the World Network is a community of uncommon givers. The Uncommon Giving show features the leaders of charities, foundations and corporations rocking our world.


This episode is #27 of all time in the top 50 shows on Solutionz Live!

Ross Fraser is Director of Media Relations, Feeding America. As a spokesperson for Feeding America, Ross Fraser has spent much of his time traveling and doing hands-on work in various soup kitchens and food pantries throughout the US.  Prior to joining Feeding America eight years ago, Fraser worked on social justice health issues for the American Medical Association.

The latest data from the United States Department of Agriculture shows that nearly 49 million Americans experience “food insecurity” each year – that is, they’re not sure where they’ll find their next meal. That staggering number includes nearly 17 million children.

Feeding America provides low-income individuals and families with the fuel to survive and even thrive. As the nation's leading domestic hunger-relief charity, our network members supply food to more than 37 million Americans each year, including 14 million children and 3 million seniors. Serving the entire United States, more than 200 member food banks support 61,000 agencies that address hunger in all of its forms.

Feedback AV http://www.feedbackav.com/ is a new manufacturer in the custom electronics industry founded on two guiding principles: one business-oriented and one philanthropic. The philanthropic part of Feedback AV involves “feeding back” America.

Ryan J. Munder is CEO of Feedback AV and CEO of Audio America. “I just want to inspire this industry and look at this business in a different light, and hopefully inspire others to give back in different capacities,” says Munder.