The Entrepreneurial Puzzle starts with an IDEA

This is the first part of a 10 part series on Entrepreneurialism.  It was inspired by a talk given by Solutionz Founder and CEO Chicke Fitzgerald to the 5th grade class at Cambridge Christian School in Tampa, FL as a part of the Great American Teach In 2013. 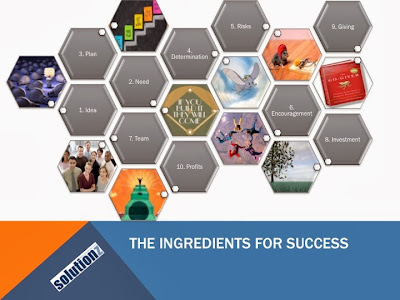 The IDEA is at the heart of every entrepreneurial venture.

The image that I use when I talk about the idea is of course the lightbulb.

But it is not just any lightbulb.  It is a sea of traditional, incandescent lightbulbs with a single compact florescent bulb standing on end in the middle of the other bulbs.

This image speaks to me.  It says that there is a traditional way to illuminate a room.  It is effective and is still useful. 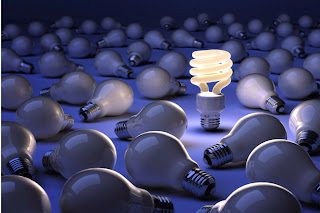 But the lone compact florescent bulb screams the word DIFFERENTIATION to me and it is as much the status quo buster that I am.  That is why I relate so well to the lone bulb.

It promises positive change, improvement and efficiency.   Over time, it is cheaper.

And you have to admit, it is just plain cool to look at (and much cooler to the touch, comparatively).

If there were no need for light, it wouldn't matter if you had a candle, an incandescent bulb or a whole room of compact florescents.

Ingredient #1 in a successful entrepreneurial venture (including those of you in Corporate America who have the courage to step out and start something new in the midst of the status quo) is an idea that is needed and that matters.  It is one that people will notice and will talk about and one that they will value enough to pay for your product or service.

What is your idea?

Tomorrow we will talk more about need and why "Build it and they will come" is not a valid strategy.