Solutionz Live! on LIFE Reyna Grande-The Distance Between Us: A Memoir

This on demand audio series is a part of the Executive Girlfriends Group Vignette Series. Chicke Fitzgerald interviews author Reyna Grande. The original live interview was 11/18/12. 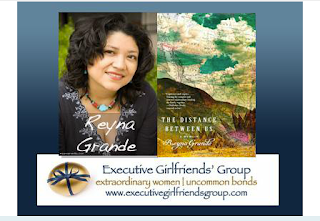 In this memoir, Reyna vividly brings to life her tumultuous early years, capturing all the confusion and contradictions of childhood, especially one spent torn between two parents and two countries. The Distance Between Us is an inspirational coming-of-age story about the pursuit of a better life.

When a young Mexican girl’s father leaves his wife and three children behind to make the dangerous trek across the border to the United States, he promises he will soon return from “El Otro Lado” (The Other Side) with enough money to build them a dream house where they can all live together. Things aren’t that easy for Reyna Grande in, The Distance Between Us:  A Memoir  which captures the confusion and contradictions of childhood, especially one spent torn between two parents and two countries. “A standout immigrant coming-of-age story.”—Kirkus Reviews. Grande is the author of the novels Across a Hundred Mountains and Dancing with Butterflies.

For more information about the Executive Girlfriends' Group see: http://www.executivegirlfriendsgroup.com

Posted by chickefitz at 4:00 AM