A short sabbatical to write the Multi-Channel Distribution Manifesto

Leading up to GBTA, I started blogging a lot.  It paid off, because there were many new subscribers to my blog, which is gratifying.  Thank you for your loyal visits to the site.

My next event is a fun, surprise event at The Beat Live in Las Vegas.

While it might seem natural to keep up the pace of blogging about current events in preparation, I have decided that I need to take a break to get my book done.  So I am taking a one month sabbatical.  I may post the occasional article written by someone else, but my original blogs will not be available in September. 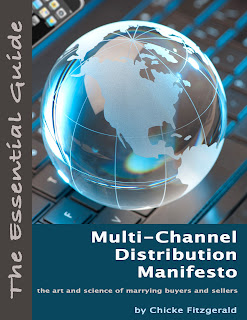 stay tuned for more information about availability of this eBook

Posted by chickefitz at 1:13 AM No comments:

Not sure we can beat the intrigue of the AA/GDS debates, but this show will try

I don't know about you, but I'm a little weary of the drama and intrigue of the current AA/GDS debates, so I thought I'd take a lighthearted stab at blogging about another kind of drama.  AA announced to its customers today that they have extended the deadline on their content agreement "well into 2012" with Sabre.  So let's look at a little historical drama instead.

Pan Am Series on ABC; Behind the Scenes of the Drama

Drama returns us to the glamor, excitement and intrigue of    the Jet Age

Excitement is in the air over ABC’s announcement that it has picked up the new “Pan Am” drama series for its upcoming 2011/12 season. This ultra glossy, super-sexy soap focuses on the fascinating lives of globetrotting, golden-era pilots and stewardesses as they represented Pan American World Airways, recognized as the US flag carrier of the era.
What provides the most intrigue is a look into the double-lives being led by many of the “people of Pan Am”. From international spies to mistresses of foreign heads of state ; layovers were being used for much more than just rest and relaxation.


The pilot  of the series was shot on location in New York and the aircraft scenes were filmed on-board actual period aircraft which were painted in original Pan Am colors. Amazing realism will allow us to experience all of the excitement and fanfare that came with the arrival of the first jets. The Boeing 707′s made it possible for people to travel faster and farther than ever before; allowing more time for mischief at the final destination.

OK, how many of you worked for Pan Am??? Are your stories safe?

Oh, and I would be remiss if I didn't mention that Pan Am was one of Sabre's first Direct Connects.

Posted by chickefitz at 12:08 PM No comments:

To hear President Obama tell it, traditional travel agents have died at the hands of the Internet.
His assessment, made earlier this month in Atkinson, Ill., set off a mini-firestorm in the agent industry, which responded to the effect: We're doing very well, Mr. President.
The truth, however, is somewhere in the middle. While thousands of traditional bricks-and-mortar agencies have gone out of business in the last decade because of do-it-yourself Internet booking and a bumpy economy, a significant portion of business trips continue to be arranged or overseen by traditional agents.
And a growing number of leisure travelers are saying they'd prefer to book travel the old-school way, too. A survey by Forrester Research earlier this year found 29% of leisure travelers saying that if they could find a good traditional agent to work with, they would. That's up from 23% in 2008, says Henry Harteveldt, former principal airline and travel analyst at Forrester.

For the whole story, click HERE
Posted by chickefitz at 9:02 AM No comments: