To Delta Airlines: I would have built the website for $80 million..... 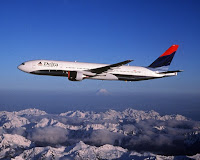 As a follow on to my earlier article last week about doing the math on distribution costs, I can't resist commenting on Delta spending $100 million on its website, or roughly $1 per passenger boarded, based on 2010 performance.

The premise here is presumably that Delta would hope that by investing this amount of money, that it would drive business directly to its website instead of other channels (including agencies, TMCs and OTAs). And of course, it would hope to save at least $100 million in distribution costs to cover the investment.   Mr. Anderson, please correct me if I'm wrong.

If indeed the average booking fee to a GDS were say $5.00, that would be 20 million segments that they would need to shift to cover the investment. Since the average ticket has 2.6 segments, that would be approximately 7.6 million tickets. With just over 110 million passengers boarded annually on Delta, that is under 7% of their total volume.

So it sounds logical that with a $100 million dollar investment, they could shift 7% from the GDS powered travel agency and travel management company channel. Right?

But if every ticket that is sold on the internet yields $26.49 less than the travel agency channel (which per ARC is the current delta between the ticket sold through the agency and the average online sale), then that is potentially a loss of $201 million on that channel shift decision. And since a big part of Delta's activity is international, the delta (pardon the pun) on those tickets is a minimum of $67.83 per international ticket more on tickets sold through brick and mortar agencies.

I would categorize that as an "unintended consequence" of the decision to draw more folks to Delta.com, but one that they company must seriously consider.

And I was just kidding about the $80 million, but seriously.... for $100 million you'd better end up with a really amazing website. And one would hope that it would have strong double digit conversion.