Answer Series: Why do Travel Agencies have multiple GDSs? 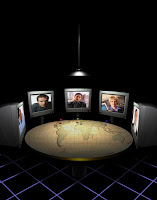 This week's series is inspired by the questions that I routinely get asked by the investment community.  Today's question is "Why do travel agencies have multiple GDSs?"

There are three Global Distribution System companies worldwide (Amadeus, Sabre and Travelport).  Travelport has three different GDS brands, Apollo, Galileo and Worldspan.  In the Asia/Pacific region, the Sabre system powers the Regional Distribution System, known as Abacus.    There are other RDSs marketed in various regions throughout the world, but all are powered by one of the three GDS companies.

According to a 2010 survey by the American Society of Travel Agents, 13% of travel agencies have more than one GDS system.


There are three reasons why an agency might have more than one GDS, but the first two are the most common.

1. They acquire an agency that has another GDS and that agency's contract with the other GDS is not close to renewal.   As a result, it would be too expensive to stop using GDS "B"

2. The agency wins a corporate account that is tied into another GDS, either through an in-plant contract with a GDS or through use of a specific self-booking tool. The other GDS may also have broader geographic coverage than the agency's primary GDS, which the corporation may need if they have operations in those regions.

3. Their GDS does not have the content they need to service their accounts.

This last reason is at the center of the current airline/GDS debate.


In the past, for the most part, the GDSs were at parity on content, so reason #3 was not really a factor.

One major exception to this is Southwest.  If an agency or TMC had clients that preferred Southwest, they only had a couple of choices.   First was the airline direct strategy.  Southwest has its own corporate sales force and continues to promote its SWAbiz.com portal, so that was one choice, but it presented challenges on the back end side of the equation.   On the GDS front, for many years Southwest only participated in Sabre at their most basic availability level.  To this day, Sabre is not allowed to include Southwest in its Travelocity system, and Southwest does not participate in any other OTAs.     In 2007 Southwest signed a 10-year deal with Travelport's Apollo system, opening up distribution to a significant number of agencies in the US and Canada.

At this time, there are no other major airlines that elect to participate in one ore more GDSs but not the others, but with the very public battle between AA and Sabre and Travelport, that could change very soon.

A multi-GDS environment is not uncommon amongst mega and large regional travel agencies.   Tomorrow, we will look at what it takes to support multiple GDSs and booking sources in a single agency environment and who is impacted by the situation.

Stay tuned.
Posted by chickefitz at 8:58 AM