Distribution Basics: The cost of producing an airline booking 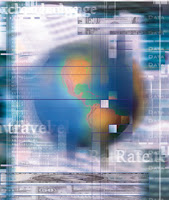 At issue in the war between the airlines and the GDS, are a number of things, but first and foremost is the one of cost.

I believe the real issue is that the airlines don't believe that they should have to bear the high cost of the GDS's legacy environment and would like to see them move to newer, server based technology.

Although earlier in the week, I published a blog on the dangers of looking at cost alone, I would like to address this one head on based on a recent personal experience.

My husband and I recently decided to send our 13 year old daughter to a camp in Arizona aimed at building lifelong self-esteem in young girls.  For those of you with teenage girls, you can ping me offline to learn more about Wings to Fly.  After working out how we would get her to Phoenix, have her picked up by a friend and driven the 1.5 hours to the camp which is near Sedona, we then made our bookings to go out and attend the closing ceremonies and fly back to Tampa with her.

As a frequent flyer on US Air, we decided to book everything online on their site.  This was quite challenging, as we were booking her as an unaccompanied minor one way on the outbound, my husband and I the following Friday in a one way itinerary and then three of us on the return.


Please don't try to make this math work.  It won't.  We are all sitting in the same types of seats in coach, both out and back.  Same product.  The only thing that is different is the "booking window".

THEN he read the camp brochure and saw that the camp doesn't end until 1pm and our flight out of Phoenix SkyHarbor Airport is at 310pm.   OOPS.

Now, in this whole GDS battle, the airlines' major complaint is that the GDS is just too expensive and that they can do it SO much cheaper internally.

So now, my husband has realized the error of his ways.  He wants to go online to US Airways to change to a later flight.

There are two WIDE OPEN red eye flights around 10pm that get into Tampa (via Philadelphia and Charlotte respectively).   Now the fare for the 3 of us to return on a flight where we have to sit up all night is $798, PLUS we have to pay a $150 change fee PER PERSON, for a grand additional collection of $558.90.   So round trip for 3 people in coach, before I have checked a single bag (which will be another $25 per person), I have paid $1797.10.   And that is if I am ok with each of us sitting in a center seat, versus sitting together.  Oh, another $30 per person.  So now, with the seats that I want and checking our suitcases, we have now paid $1962.10 or $654.03 per person.

Back to the distribution battle.  If the airline website is their cheapest channel, then why, when I book there and need to make a change and STILL fly with them as intended, does it cost me at minimum $450 to make that change when I have not consumed anything?

The answer?  BECAUSE THEY CAN

Why does the GDS charge a booking fee for bookings processed through its system and connecting the airlines to their high value, high yield customer base?

The answer?  BECAUSE THEY CAN

I would just like to end this diatribe with one more observation.  When I used to use a travel agent, I could call, book the flights and then if I needed to cancel or change before Tuesday when they filed their report with the airline reporting corporation, the ticket could just be voided.

NOTE:   I did not stop using a travel agent because I don't believe in the channel.   I had used a friend in Tucson for years.  We had been colleagues years ago at Sabre.  I stopped using her when the airlines stopped paying her a commission for her involvement in being the agent of record on the transaction.  I could no longer in good conscience ask her to do work that I could do on my own.