Economic Downturn - Where do we go from here? 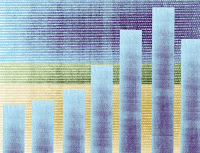 The economic news is bad. The losses are real. The Dow is swinging wildly. People are hurting. The government is having to be the financial sector's white knight.

But watch and wait. It always comes. As sure as day follows night, and summer follows winter, economic downturns are followed by recovery.

Job #1 during a downturn is to smartly prepare for recovery.

The good news is that Travel and Tourism rebounds more quickly than the general economy. The fundamental behind this is that people see travel as a right, not a priviledge. And while people may stay closer to home or take less exotic trips, they generally don't cancel their vacation altogether. So be patient. Plan. Retool for growth and focus on the customer.

While the economic downturn in 1992 and the period following 9/11 brought dire results, as shown in the following diagrams, the rebound of the world travel economy was swift and strong and worldwide employment came back stronger than before.

2007 saw continued broad-based strength in the Travel & Tourism economy, although generally below 2006's dynamic growth rates. Growth of just over 4% was in fact achieved.

The World Travel and Tourism Council and its counterpart organizations are optimistic, yet at the same time realistic.

In 2008, growth is expected to slow to 3% but this expansion is still healthy given the difficult economic environment. Tourism's contribution to global economic activity and employment is expected to continue increasing over the coming ten years.

The US government's investment in our banks, announced this morning, should help to restore stability to the banking system and to stimulate our economy.

Let's share the WTTC's optimism and prepare for growth. Take advantage of a little downtime for planning. You can't ever go wrong by focusing on the customer at a time like this.

Posted by chickefitz at 6:20 AM